When you runDisney, you experience something no other race on the planet can give you – Disney magic… for miles and miles.

Taking place at Disney Parks around the world, the runDisney series gives you the rare chance to run through fairy tale lands, collect limited-edition Disney medals and even celebrate with Disney Characters – imagine high-fiving Mickey as you cross the finish line!

Half-marathons, 10Ks, 8Ks, 5Ks, Kids’ races, inspiring challenges and more ensure every moment is magical for runners of all ages and abilities. And if you book a stay in a Disney Hotel, you’ll be set for a wonderful weekend exploring the Disney Parks before and after your race.

Unfortunately, the Disneyland Paris Run Weekend will not be taking place in 2021. 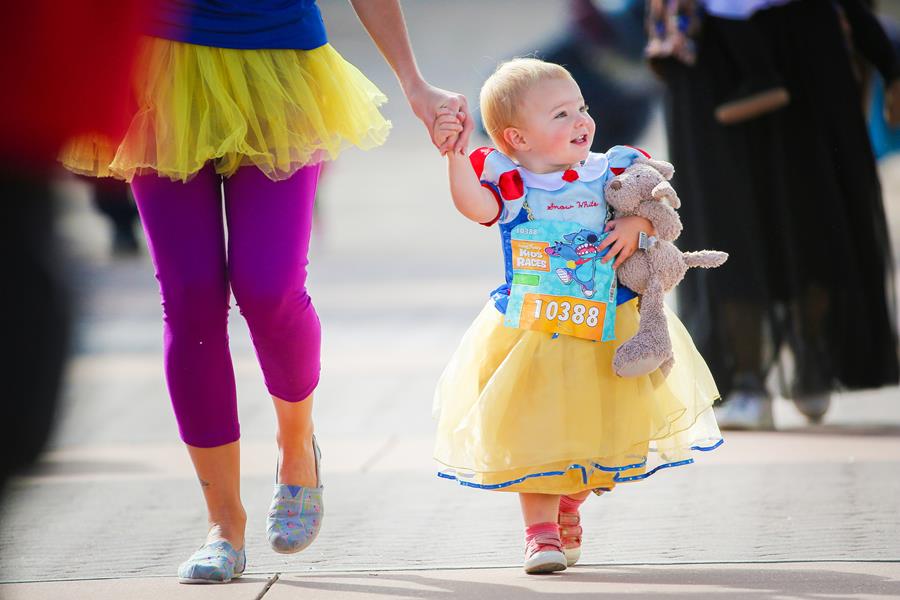 Feel fearless and run like magic with your friends and family at the first ever Disneyland Paris Princess Run. Feel the magic of every mile as you join Disney Characters for a fairytale run right through the heart of the Disney Parks Prepare to wave like royalty to the crowds lining the streets, cheering you every step of the way in what will be truly enchanting surroundings you'll never, ever forget. 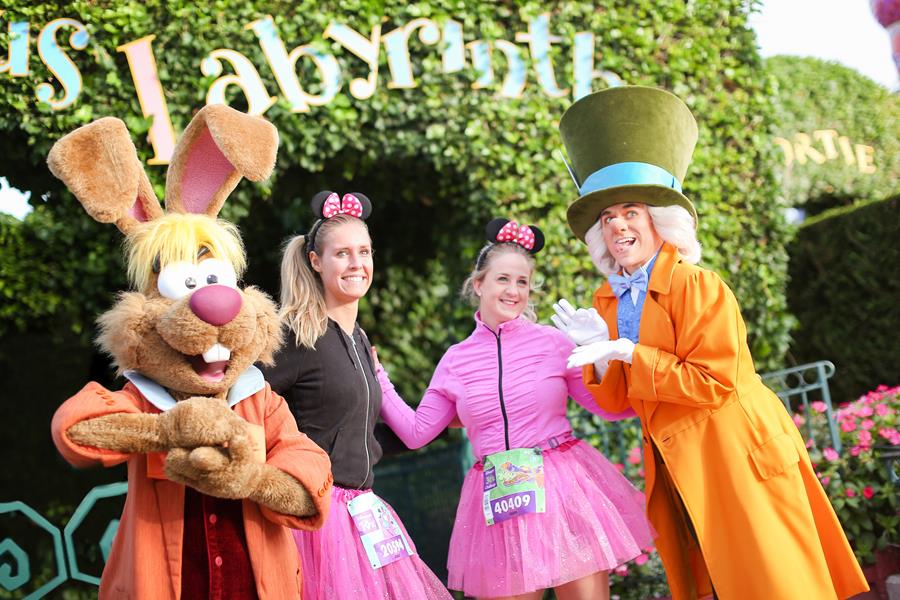 Get set to celebrate a magical running milestone at the Disneyland Paris Run Weekend 5th Edition with a spectacular atmosphere and even more appearances by Disney Characters.

Choose Your race! runDisney Kids races, 5Km, 10Km, Half Marathon races and overcome the Challenge 31Km, Challenge 36Km and Castle to Château for even more medals.

Everyone's invited to join the excitement during the 5K Family Run through the Walt Disney Studios® Park! Cheered on by Disney Characters, your run will take you down by Hollywood Boulevard, and around the Twilight Zone Tower of Terror™ ***.

Perfect for beginners, intermediates or even racing veterans aged pre-teen and older, this is a running event where every family passes the finishing line with unforgettable memories.

Bring out your youngest runners for a magical race chock full of fun and memories during the second edition of the Disneyland® Paris - Val d'Europe Half Marathon Weekend. Children under 12 are invited to participate in a series of runs designed specifically for them. Parents can also run with their children (only for kids aged from 1 to 5 years).

The event will feature a 100m dash followed by the 200m and finally a 1K race! And every participant goes home a winner with their very own runDisney Kids Races Event Finisher Medallion!

Join the run through the spectacular Disney® Parks. This course is the perfect distance for runners of all levels. Early morning, you will be immersed in the middle of all the Disney magic. You will run through the Walt Disney Studios® admiring the Twilight Zone Tower of Terror™** and at Disneyland® Park, the wonderful Sleeping Beauty Castle. As every mile is magic, the course will be full of surprises and plenty of Disney entertainment along the way.

Then, you will cross the finish line with extraordinary memories and you will get an exclusive medal commemorating your achievement!

Get ready for the second edition of the Disneyland® Paris - Val d'Europe Half Marathon! Join the run through the spectacular Disney® Parks. Your 13.1 mile Half Marathon will put you in the middle of all the Disney magic. At Walt Disney Studios® Park, you'll run down Hollywood Boulevard, and past the Twilight Zone Tower of Terror™**. At Disneyland® Park, you'll run through Main Street, U.S.A.®, past Sleeping Beauty Castle, and then through the countryside and villages that surround the Disney® Parks, circle back to Disney Village® en route to the finish line for a victory celebration and your Disneyland® Paris - Val d'Europe Half Marathon Weekend Finisher Medal. And along with your family or friends, Disney Characters will be on hand to cheer you along the race course. 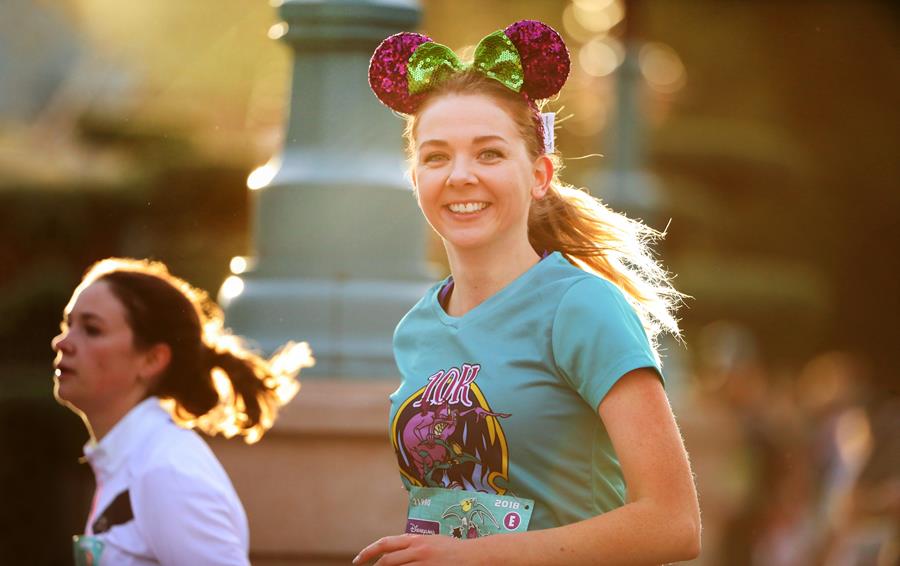 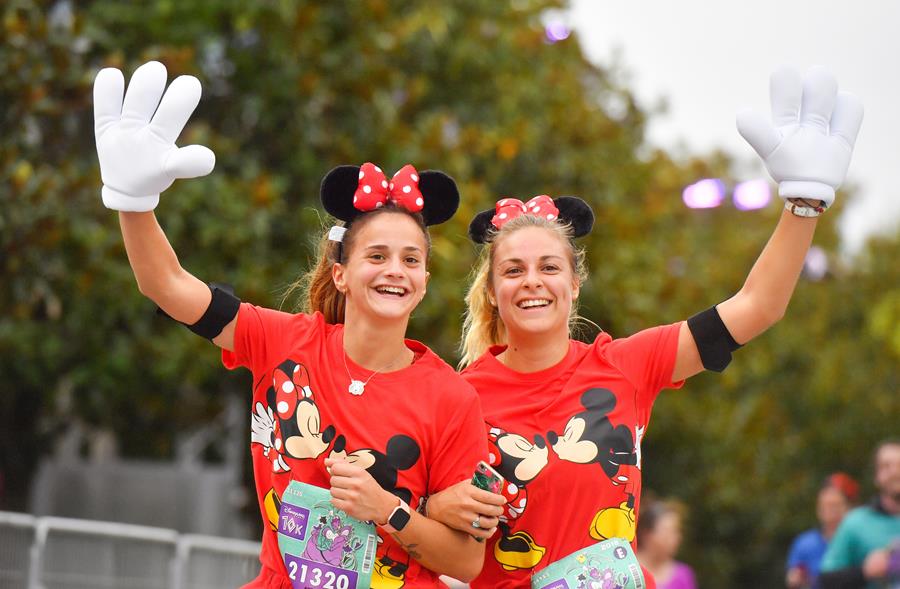 Get your slow burning carbs before the Disneyland® Paris-Val d’Europe Half Marathon!

Come and enjoy a Pasta Dinner at the Disney's Hotel New York®. This is a special dinner as part of the Disneyland® Paris Magic Run Weekend. Prepared for you runners, your family and your friends, you will enjoy a meal in a relax and friendly atmosphere.

*Dates and times may be subject to change. All events are subject to capacity limits and may close at any time. Any modifications will be communicated as appropriate.

With the PhotoPass™+ offer, immortalize your weekend memories!

At iconic locations throughout the Disney®Parks, with Disney Characters, at the finish line and with your race medal, our team will be creating unforgettable memories of the event all weekend. Make sure to keep them all by choosing one of the exclusive PhotoPass™+ runDisney offer!

Developed especially for this event and available only at the runDisney Health & Wellness Expo (where you'll collect your race bib), PhotoPass™+ runDisney allows you to also keep all your Attractions and Characters photos that you have taken whilst visiting the Parks during your stay (see conditions below).

All photos taken during runDisney events will be linked to your bib number, so please make sure to keep it visible while you run!

*This product must be retrieved only in the Disney® Events Arena (according opening hours) during the Disneyland® Paris Magic Run Weekend. Participant must show his bib in order to get it link to the runDisney PhotoPass™+ card.