Get ready for unforgettable adventures as you live ouT Your favourite Disney & Pixar movies!

Walt Disney Studios Park, the second of Disneyland Paris’ 2 theme parks, is a thrilling movie-themed land filled with rides, shows & attractions that are sure to enchant little ones and grown-ups alike! Divided into separate studio lots, every inch of the park is buzzing with movie magic waiting to be discovered. A trip to this Park will give visitors the unique opportunity to become part of all their favourite Disney and Pixar movies, including Toy Story, Marvel, Finding Nemo and more. Get ready to make some magical memories on unforgettable adventures during your trip to Disneyland Paris.

Lights, camera, action! Take a trip through the early days of Walt Disney’s illustrious cinema career in this fascinating zone which takes you behind the scenes of a Hollywood film set! At Disney Studio 1, you become the star of a Hollywood blockbuster as you take your place in front of the camera and show everyone the star that you are. Enjoy your time in the spotlight as you strut through the golden age of film in the Front Lot.

Step into the zone of possibilities where you can experience thrilling rides and incredible shows while also getting the chance to snap a selfie with some of your favourite Disney and Pixar heroes! Take a ride on the Twilight Zone Tower of Terror, where you’ll ascend the floors of an abandoned hotel on a stormy night or experience the magic of Disney live with a visit to one of the magical stage shows on offer. Keep an eye out for some of Disney’s most iconic Characters on your journey through the Production Courtyard; you could run into the Marvel Super Heroes on patrol keeping the Park safe, or see Elsa, Anna and Olaf on a visit from Arendelle. The possibilities here truly are endless!

See your favourite cartoons and movies come to life in this land filled with imagination and animation. A visit to Toon Studio means you can become part of Disney and Pixar's most iconic animated creations. Fly over the Kingdom of Agrabah and relive Aladdin's adventures on Les Tapis Volants – Flying Carpets Over Agrabah or drop into the Disney Animation Gallery, where you'll find the perfect souvenir from your visit to the Walt Disney Studios Park. See Disney and Pixar’s most magical moments leap from the page into real life in this fun-filled zone.

Team up with the Avengers and take on missions only fit for the next generation of heroes...you! Packed with amazing attractions and Marvel-themed restaurants & shops, a visit to the Marvel Avengers Campus is a must for any Marvel lover!

Meet some of your favourite Pixar pals from franchises such as CARS, Toy Story, Ratatouille and more in this exciting zone with fun around every corner! See Pixar come to life through a variety of rides, attractions and themed areas that are sure to be oceans of fun for the whole family. Don’t miss out on a trip to Worlds of Pixar during your Disneyland Paris visit.

Recharge your batteries at one of Disney’s themed restaurants!

Take a pit stop and refuel after an exciting and fun-filled day of exploring the Walt Disney Studios Park. The Disney magic doesn’t have to stop just because you are; there are lots of themed restaurants across the zones where you can take a rest and enjoy a tasty meal. Head over to Worlds of Pixar and enjoy a meal with a rat’s eye view in Bistrot Chez Remy, a Ratatouille-themed restaurant. Alternatively, grab something to go at Hep Cat Corner, located in the Front Lot. Walt Disney Studios Park’s dining options offer something for every taste!

Check out the magic in store at the Walt Disney Studios Park shops!

There are plenty of places to bag yourself a souvenir to take home as a memento of your magical trip to Disneyland Paris. From clothes and accessories to artwork and toys, you’re sure to find the perfect reminder of the good times you had at the Most Magical Place on Earth.

Enquire with one of our Travel Experts today about booking your Disneyland Paris Package Holiday & experience the magic in the Walt Disney Studios Park for yourself! Complete the enquiry form below or call us on 01 804 7160.

Visit the Walt Disney Studio Park! Get a quote today. 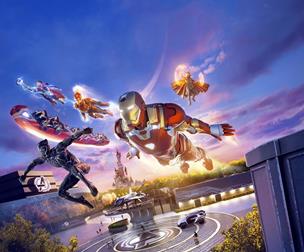 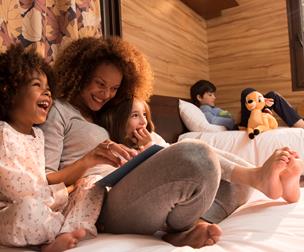