The stunning scenery of Iceland, a Nordic Island nation, is marked by volcanoes, geysers, hot springs and lava fields. The national parks of Vatnajökull and Snaefellsjökull safeguard massive glaciers. The majority of the population resides in Reykjavik, the capital, which is powered by geothermal energy and houses the National and Saga museums, which commemorate Iceland's Viking past.

The blue lagoon and the Gullfoss falls are two attractions that are very popular among tourists. The blue lagoon is a geothermal spa which sits on a lava field near Grindavk and in front of Mount Orbjörn on the Reykjanes Peninsula. It is in a geothermal power-friendly site, and is fed by water from the neighbouring Svartsengi geothermal power plant. Tourists come here to indulge in the lagoons' anti-aging and exfoliation properties. Gullfoss is a waterfall in southwest Iceland, located in the gorge of the Hvtá river. It's about a 1.5-hour trip from Reykjavik and a must-see for anybody visiting Iceland.

Iceland is a fantastic weekend getaway where you and a loved one can explore Iceland's fascinating geography. Its geothermal energy-powered spas and its historic past make for an intriguing getaway. Going out late at night is very popular with residents and visitors alike. Bars, coffee shops, restaurants and social events thrive in Reykjavik's downtown area. The great majority of them will have a good mix of local Icelanders and visitors, assuring an interesting night of conversation.

Icelandair has several direct flights from Dublin to Iceland. Abbey Travel will help you find a package holiday that includes your flights and accommodations, as well as optional extras such as transfers and popular tours.

Book With Our Iceland Experts 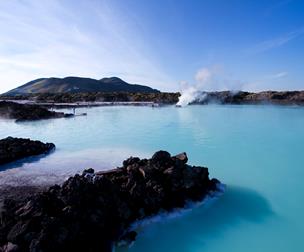 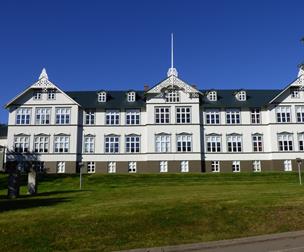