Holidays to the United Kingdom

The United Kingdom is an island in northwestern Europe which is made up of four distinct regions: England, Scotland, Wales and Northern Ireland. Its capital city is London, an extremely popular tourist destination which attracts approximately 30 million visitors every year. The physical landscape of the country varies, with hilly mountainous areas, both rocky and sandy beaches along the coast and expansive green spaces in the English countryside. Overall, the UK experiences a temperate climate similar to that of Ireland, with cool Winters and mild to warm Summers with rain year-round.

There are plenty of things to do and see across the UK, which is what makes it such a popular tourist destination. Each city offers something different, from historical sites and monuments to vast commercial centers and shopping districts. Many tourists are eager to get a glimpse of some of the attractions that the UK has become known for, such as Buckingham Palace and the iconic red double-decker buses. There are plenty of picturesque areas across the country too, including the Royal Botanic Gardens in London and Colby Woodland Garden in Wales which are the perfect places to visit for a scenic day out. The UK is also home to many bustling cities which are filled with shops, pubs, restaurants and a range of amusements where you can spend your days. The likes of London, Manchester and Edinburgh are popular city break destinations in the UK. Whatever you’re looking for, the UK is sure to have it!

Thanks to the diversity and variety on offer, the UK is a great destination for a city break or longer stay holiday for any type of traveller. Couples can enjoy a scenic countryside stay or a romantic city break where they can try some of the Michelin star restaurants and entertainment venues which line the streets. Families too will love exploring some of the UK’s most popular spots, like visiting museums and seeing shows on the West End. No matter your age or interests, the UK has plenty that’s sure to keep you entertained!

Getting from Ireland to the UK is incredibly easy, with multiple flights on offer from a range of Irish airports to airports all across the UK. Alternatively, people who wish to visit the UK from Ireland also have the option to get there via ferry. Abbey Travel always have great deals on package holidays to the United Kingdom with flights and accommodation included.

Book With Our United Kingdom Experts 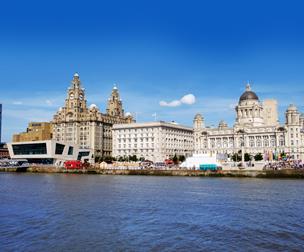 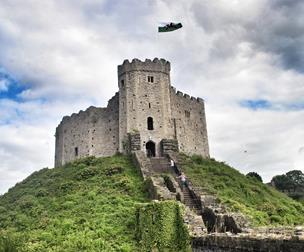