Business in Norway is conducted formally, with an emphasis on punctuality and direct communication. Business attire is usually smart and fashionable, though not ostentatious. Titles and surnames are predominantly used on introduction, but may be dropped later and greetings are usually made with a handshake. Business cards are exchanged. Expect business to be conducted in a direct and forthright manner, with little small talk or socialising. It is worth bearing in mind that Norway is an expensive country and that any services such as lawyers, consultants etc are subject to 25% VAT. Business hours are usually 9am to 4pm Monday to Friday.

Despite its northerly location, the climate in Norway is temperate, thanks to the warming effects of the Gulf Stream flowing along its coast. The interior highlands have an Arctic type of climate in winter with snow, strong winds and severe frosts, but during fine summer spells the daytime temperatures can rise above 86°F (30°C) with long hours of sunshine. By contrast, the coastal areas have comparatively mild winter conditions. Gales, rain and cloud are likely along the west coast, particularly in winter, and the rainfall is frequent and heavy. The lowland area around Oslo is the driest and warmest part of the country in summer.

The international access code for Norway is +47. The outgoing code is 00 followed by the relevant country code (e.g. 0044 for the United Kingdom). City/area codes are not required. Two operators providing GSM 900 mobile phone networks cover most of the country. Internet cafes are widely available.

Smoking is prohibited in all public places and on public transport, unless otherwise indicated. Norwegians tend to see everyone as being equal; they do not flaunt their wealth or financial achievements and frown on those who do.

Electrical current is 220 volts, 50Hz. Round two-pin plugs are in use. 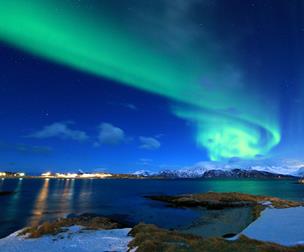 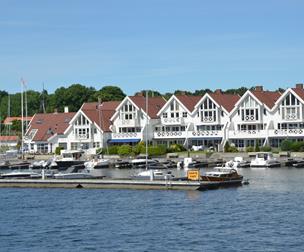 Travellers should seek local advice before eating certain types of fish from the lakes and fjords and mussels from along the coast. The standard of healthcare is high. A reciprocal agreement exists between UK and Norway under which British nationals are covered for emergency treatment while visiting Norway as long as they hold a European Health Insurance Card (EHIC). Travellers should ensure that they have adequate travel and medical insurance.

Norwegian is the official language, but English is widely understood.

The official currency is Norwegian Krone (NOK) divided into 100 ore. Larger establishments accept major credit cards and travellers cheques. Use of credit cards is widespread, with Eurocard/Mastercard, Visa, American Express and Diners Club the most common. Visitors should be aware that credit cards are generally not accepted as a means of payment in Norwegian supermarkets and petrol stations. Foreign currency and travellers cheques can be exchanged at banks and major post offices, as well as many hotels and travel agents, although for poorer rates. ATMs are available in all towns and cities.

All visitors to Norway must have sufficient funds, return or onward tickets and all documents needed for further travel. Passports should be valid for at least the period of intended stay. Some European countries require only their National Identity Card if coming as a tourist to Norway. The borderless region known as the Schengen area includes the following countries: Austria, Belgium, Czech Republic, Denmark, Estonia, Finland, France, Germany, Greece, Hungary, Iceland, Italy, Latvia, Lithuania, Luxembourg, Malta, The Netherlands, Norway, Poland, Portugal, Slovakia, Slovenia, Spain and Sweden. All these countries issue a standard Schengen visa that has a multiple entry option that allows the holder to travel freely within the borders of all. It is highly recommended that passports have at least six months validity remaining after your intended date of departure from your travel destination. Immigration officials often apply different rules to those stated by travel agents and official sources.

Norway is a safe country in which to travel, however travellers should still take sensible precautions to avoid petty-theft.

A 10-15% service charge is added to most hotel and restaurant bills and a further tip is only necessary if exceptional service has been received; waiters often receive an extra 5-10% tip. Taxi fares can be rounded up to the krone.