100% protection. We are fully a licensed & bonded Irish company since 1978

It is only comparatively recently that Japan came out of the shell of its isolation, but the country of pink cherry blossoms and genteel geisha girls has made up for lost time. There are few people in the western world who have not driven a Japanese car, eaten sushi or played on a Nintendo or Sony game console.

The nation of Japan consists of an island archipelago stretching from northeast to southwest off the coast of mainland China, Russia and Korea, separated from its Asian neighbours by the Sea of Japan. Between 1639 and 1859 Japan elected to cut itself off from trade or traffic with the rest of the world, except for some marginal contact through the southern Kyushu island ports. Since opening up its doors once more, just 150 years ago, the densely populated islands have developed in leaps and bounds and much of the country is now covered by sprawling neon-lit cities and the world's most sophisticated public transport networks.

Modern it may be, but Japan still retains plenty of its mystical oriental charm. From the intricacies of etiquette demanded in social situations, to the minimalist décor behind rice paper screens, Japanese culture is alive and well and cannot be ignored, which makes a visit to Japan a fascinating experience.

The modern metropolises are dotted with numerous ancient shrines and temples; the countryside is riddled with hundreds of volcanoes and hot springs overlooking pastoral paddy fields; parks are festooned with rigidly raked white gravel Zen gardens or coated with layers of lilac and cherry blossom.

Japan's islands are mountainous in the interior - 75 percent of the country's landmass is made up of mountains - and most of the people are tightly packed within the limitations of the coastal plains, particularly on the main island of Honshu. Tokyo, the capital and largest city, situated on Honshu's east coast, has a population of 12 million. Despite this seething mass of humanity Japan is well ordered. Everything runs on time, and crime levels are almost non-existent. It is still possible to find beautiful vistas and wide empty spaces in the countryside, and when you are forced to mingle with the urban throngs you will find the Japanese to be charming, courteous and friendly to foreign faces. 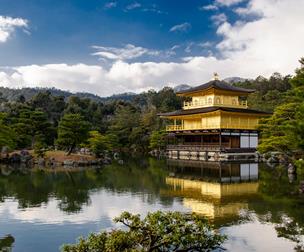 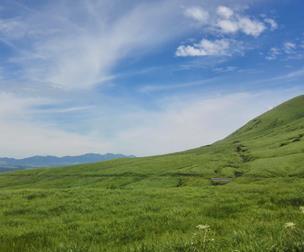 The fascinating land of pink cherry blossoms, sushi and Manga comics, Japan is a cultural explosion of attractions, neon-lit cities and exquisite mountainous landscapes. Thankfully this mystical country retains plenty of its oriental charm resulting in an 'East meets West' experience of a lifetime.

Head to the capital of Tokyo for a spot of shopping, sample authentic Japanese sushi and maybe even enjoy a little karaoke. With a myriad of ancient shrines and temples round just about every corner in this dynamic city, it offers some excellent sightseeing where both old and new world co-exist.

Head south to the city of Hiroshima, the country's most famous tourist attraction, where thousands of visitors make a pilgrimage to Hiroshima's Peace Memorial Park, taking in the museums and lively city that has emerged from its tragic past along the way.

Visit the vast countryside and marvel at the hundreds of volcanoes scattered around it, take a dip in the hot springs and explore the mountainous interior of the islands. Parks are punctuated with cherry blossom trees and mathematically correct Zen gardens never cease to amaze foreigners.

Business in Japan can be highly formal and greetings are usually rather ritualistic due to the hierarchical society; a third party introduction is useful. A polite bow is customary; the more senior the person, the deeper the bow. Business cards are exchanged often, using both hands. It can be useful to have cards printed with both English and Japanese, and one should present the card with the Japanese side facing the recipient. Punctuality is very important and dress is formal. Women can encounter some sexism as traditionally women are seen as caregivers and wives. Gift giving is an important aspect of Japanese society and in a business context gifts are usually given after the first or second meeting. It is wise to consult someone locally on what is appropriate in order not to cause offence. Business hours are usually from 9am to 5pm on weekdays; some businesses are open on Saturdays from 9am to 12pm.

The weather throughout the four main islands that make up Japan is generally temperate, with four distinct seasons. The weather can get very hot during the summer months. June, July and August are hot and humid and after June the country experiences its wettest months. In the south winters are cool but sunny, but as one moves further north temperatures drop and snow falls. The island of Hokkaido in the far north of Japan is bitterly cold in the winter, with snow guaranteed.

The international access code for Japan is +81. The outgoing code depends on what network is used to dial out on (e.g. 001 for KDD) followed by the relevant country code (e.g. 0011 for the United States). City/area codes are in use, e.g. (0)3 for Tokyo and (0)82 for Hiroshima. Local calls can be made from any public phone, but only some allow international calls. Telephone cards are sold at kiosks and from vending machines. The local mobile phone operators use technology that is not always compatible with international networks, but 3G has roaming agreements with most international networks, and local handsets can be hired from the airport and various other locations. Internet cafes are widely available.

The Japanese are formal and reserved and visitors are expected to behave politely. Their system of etiquette is one of the most complex in the world, with a strict code of conduct for almost every situation. It is important to avoid causing 'loss of face' by insulting or criticising someone in front of others. Bowing is the customary greeting. The possession of common prescription, or over the counter medicines, particularly for allergies and sinus problems, are forbidden under Japanese law, and it is highly advisable to check with a Japanese embassy before travel.

Travellers to Japan over 20 years do not have to pay duty on 3 bottles of alcoholic beverages; 200 cigarettes or 50 cigars or 250g tobacco, or a proportionate mix of these (non-residents are permitted twice the amount); perfume up to 59ml; and gifts and souvenirs to the value of ¥200,000. Prohibited items include all types of firearms and ammunition, narcotics, pornography, meat products, counterfeit money, all plants and vegetables with soil, fresh fruit, vegetables, and plants or parts thereof.

No vaccination certificates are required for entry to Japan. There have been recent outbreaks of the deadly bird flu, but no human infections have been reported. Travellers to Japan are unlikely to be affected, but live animal markets and places where contact with live poultry is possible should be avoided, and all poultry and egg dishes well cooked. Medical facilities are very good, but medical assistance in Japan can be very expensive and visitors have to pay the whole cost up front. Travellers should ensure that they have adequate medical insurance before travelling. The possession of Vicks inhalers and other common medications used for allergies and sinus problems are banned under the strictly enforced anti-stimulant drugs law, and visitors are advised to check with the Japanese embassy if in doubt.

Japanese is the official language. Most Japanese people will have studied English at school, but few can speak it well or understand what is said to them.

The currency is the Japanese Yen (JPY), which is equal to 100 sen. Major credit cards are accepted in the larger hotels and stores, but most Japanese operate with cash. Cash and travellers cheques can be exchanged in banks, post offices and currency exchange bureaux. Banks are usually open Monday to Friday 9am to 3pm. Travellers cheques offer the best exchange rate and are best taken in US dollars. ATMs do not accept all credit and debit cards; only the international ATMs in post offices, airports and some major stores.

All foreign passengers to Japan must hold proof of sufficient funds to cover their expenses while in the country, return/onward tickets, and the necessary travel documentation for their next destination. NOTE: It is highly recommended that your passport has at least six months validity remaining after your intended date of departure from your travel destination. Immigration officials often apply different rules to those stated by travel agents and official sources.

The vast majority of visits to Japan are trouble-free. It is generally a very safe country with low levels of common crime, and is stable, highly developed and modern. Travellers should, however, still be vigilant about personal safety and belongings. Typhoons are common particularly from June to October and travellers should take note of storm warnings along the coastal regions if travelling during this period. Japan is in a major earthquake zone, and earthquakes of varying sizes occur very frequently.

Tips and bargaining are not expected in Japan, however a service charge of between 10 to 15% is generally added to hotel and restaurant bills.