All Rhodes lead to roses: New direct flights from Dublin to island of roses 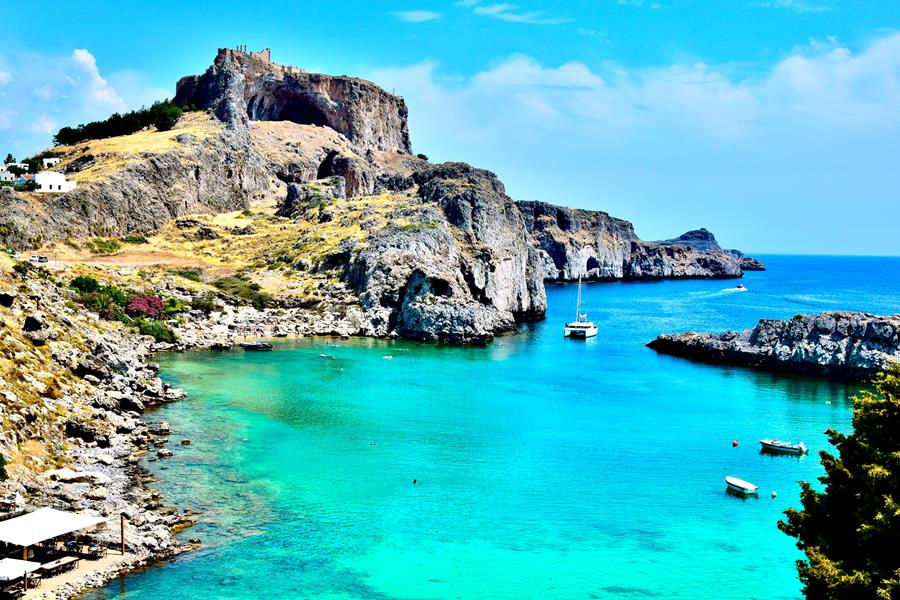 We got great news about Rhodes this week, known as the ‘Island of the Roses’ for its natural fauna.

The attraction of Rhodes’ jaw-dropping beauty and aeons of history has been somewhat dulled by how tricky it is to get to the Greek island. However, the announcement that direct flights from Dublin to Rhodes are back for summer 2014 will change all that.

We’re delighted – and we’ll tell you why.

Considered the jewel of the Dodecanese islands, Rhodes is one of the largest Greek Islands and one of the most visited. Landscapes of white sand beaches, forests, waterfalls, and mountain villages will take your breath away. Only a few miles off the coast of Turkey, it is the gateway to three continents, with a feisty culture of both east and west.

CITY OF RHODES: ROCKING FOR MILLENNIA

Called the “birthplace of art and culture”, Rhodes has been a fairly happening place since the Bronze Age. It played a key role in Ancient Greece and Rome; Julius Caesar studied philosophy here and its Colossus of Rhodes was one of the Seven Wonders of the Ancient World. Standing on the same site as the ancient city, Rhodes has a history stretching back 2,400 years.

The best thing about all this history is you can actually see and touch it. With its dark basalt stones, the old city of Rhodes is a wonder of medieval architecture. Wander the narrow lanes surrounded by ancient walls, and you’ll pass Byzantine churches and knights' houses. The citadel is a UNESCO World Heritage Site.

Beyond the old town, there is so much to see. Consider hiring a car to tour all these sights.

Prasonisi Beach on the south of the island is special because it is where the Aegean and Mediterranean seas meet. The Mediterranean side of the beach is calm for swimming, while the choppy waters of the Aegean end is where surfers go.

The Kalithea Springs, 9 km from the city of Rhodes, offers crystal-clear healing waters in the centre of architectural wonder.

The ancient city of Kamiros lies on the west of the island, and the ruins here have been called the Pompeii of Greece.

Also on the west is the fluttering site of the Valley of Butterflies. In August, thousands of butterflies come to the valley to reproduce, making an incredible site for visitors.

Finally, don’t miss out on a day trip to the traditional town of Lindos, a Greek national treasure. We’re talking whitewashed houses, donkeys ambling along car-free streets and history at every turn.

We know there’ll be great demand for these direct flights when they’re available, so if you’re tempted by Rhodes for summer, give our team a call on 01 804 7100 today or book online here in our search panel.