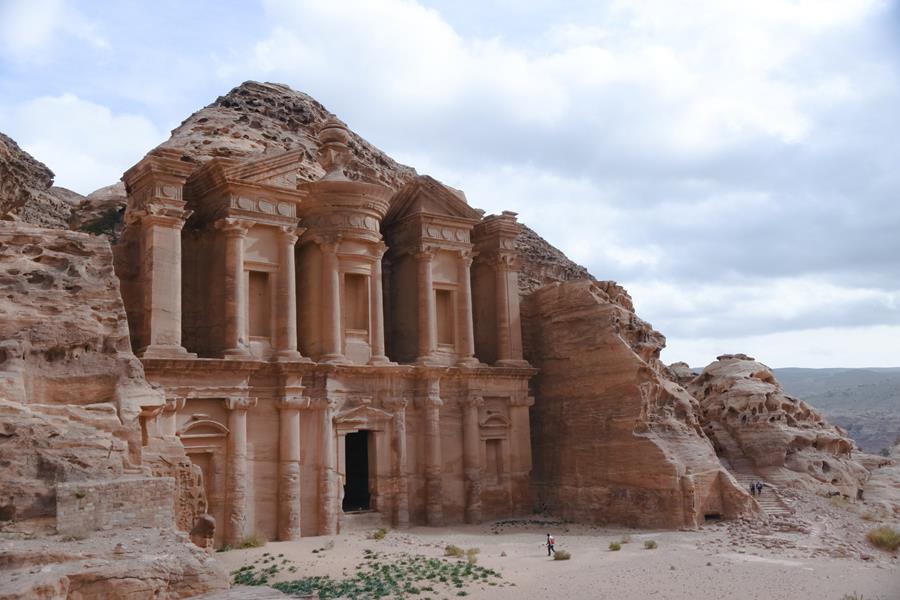 Holidays to the Middle East are something which have grown in popularity recently. In particular, trips to Jordan are something we are asked about at least a couple of times per week.

Here at Abbey Travel, we are delighted to present our “A Week in Jordan” package, which brings tourists through the absolute best of what Jordan and its surroundings have to offer.

A week in Jordan MapDuring our “A Week in Jordan” package, you get two days in the historical and archaeological gem that is Petra. This UNESCO World Heritage Site is one of the most spectacular places in the world, and you might recognise it from the film Indiana Jones! Immense, captivating and unique, Petra will treat you to views, atmospheres and experiences that will stay with you forever.

In early morning, the mysterious quiet of the Siq is broken by the clatter of hooves as donkey-carts like this one careen by, driven by young Bedouin dudes transporting tourists who can’t walk the distance (older folks, the infirm, etc). #petra #thesiq #thesiqpetra #motionblur #jordan #travelphotography

The Siq is a mile-long narrow chasm which leads into the city of Petra. As part of our ‘A Week in Jordan’ package, we take you through the picturesque Siq, which is surrounded on either side by high cliffs. As you reach the end of the Siq, you will be graced by the presence of the beautiful Treasury building.

The Treasury is one of the first things you will see as you approach this ancient city. The original purpose of the Treasury remains something of a mystery, but local belief is that it was a temple or a royal tomb. The 40-meter building is an incredible sight to behold as the facades are carved into the rock with impeccable perfection.

The Monastery is situated about an hour’s climb north of Petra’s City Centre. It is an expertly – and beautifully – carved structure, with a doorway standing at several stories high.

Here at Abbey Travel, we love castles. So we couldn’t give you a list of things to see in Petra without including the Shobak Castle. The Shobak Castle is situated in barren surroundings on the side of a rocky, conical mountain standing at 1300m (4365ft) above sea level. There are two churches in the castle, as well as catacombs. The Catacombs represent historically rich artefacts and evidence including Islamic tablets, Christian carvings, as well as what was – supposedly – Saladin’s (who was the first Sultan of Egypt and Syria) throne.

The Red SeaIf taking our Week in Jordan trip, as well as exploring the spectacular ‘rose-red city’ of Petra, you will also have time to float in the salty waters of the Dead Sea and relax by the golden beaches of the Red Sea. You will also head deep into the incredible desert scenery of Wadi Rum, where you will be taken on a 4WD excursion into the more remote regions and camp out like the Bedouin.

If you are interested in the spending a week in Jordan, check out our great package deal departing 15 March, returning 23 March from €1549 per person including flights via Istanbul, taxes and 9 days Exodus tour. Call Monica or Colette on 01 804 7153 or see our Adventure holidays here.