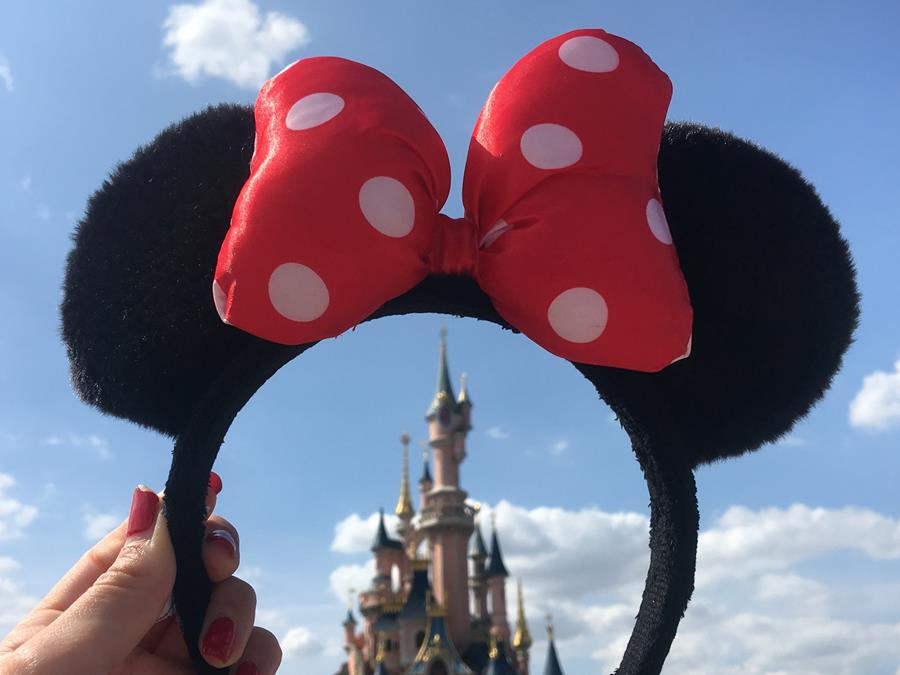 Disneyland Paris is a magical land filled with lots of surprises. But you already knew that! You probably have an idea of the rides you just can’t miss and consulted our guide to the different lands to explore to get your bearings. But Mickey Mouse isn’t even the half of it. Check out our lesser-known facts about Disneyland Paris before you go!

1. THE ORIGINAL LOCATION OF THE PARK WASN’T PARIS AT ALL

Disney originally wanted to locate close to the Mediterranean Sea to try to match the warm climate of the parks in Florida and California. Paris eventually won out because it’s estimated to be less than a four-hour drive for 70 million people, and a two-hour flight away from 300 million more!

Often characters need to dash from one land to another, and with crowds bustling around, they’d never get where they were going. A network of underground tunnels were built to solve this. Equipment is also hauled in these tunnels beneath your feet so as not to tarnish Disney’s image.

3. THE PARK’S NAME CHANGED BECAUSE ‘EURO’ WAS TOO BORING FOR EUROPEANS

Disneyland Paris was originally called Euro Disney, but research into low visitor numbers found Europeans associated ‘Euro’ too much with finance and work. Americans on the other hand, thought it sounded glamorous!

4. HUNDREDS OF ‘HIDDEN MICKEYS’ ARE SCATTERED AROUND THE PARK

You may expect to see Mickey Mouse’s round-eared emblem everywhere, but look a little closer and you’ll find subtle, hidden Mickeys camouflaged in the architecture, or even in much smaller details like the rust marks on a treasure chest. No one knows how many there are!

5. IT’S A SMALL WORLD WAS SUPPOSED TO BE TEMPORARY

Like si tu as déjà la chanson dans la tête ! ✨🎼​ Double tap if you already have the song stuck in your head! ✨🎼 #DisneylandParis #Fantasyland​ (Credit : @scarletstorm77 )

It’s a Small World is one of the most popular rides in Disneyland Paris, so popular in fact that it’s replicated at every park across the globe. Originally it was just created for the 1964 New York World’s Fair, and once the Fair ended, the ride was supposed to too.

6. AN IRISH TEAM INSTALLED THE PROPS ON BIG THUNDER MOUNTAIN WITH TOOLS THAT WERE TOO MODERN

The Imagineer involved in building Big Thunder Mountain bought old mining tools as props. The Irish team installing the props brought modern tools that didn’t match the machinery being used, which was from the last century. They had to borrow tools from the past!

7. DISNEYLAND PARIS HAS A POPULATION OF FERAL CATS

The upkeep on the 140 acre park is a colossal undertaking, but luckily a legion of feral cats help to keep the rodent population in check (look away Mickey!). Disney spays and neuters adults, brings kittens to shelters and provides food stations to keep the cats well looked after.

8. MANY OF THE TENANTS IN THE MAIN STREET USA WINDOWS ARE REAL PEOPLE

The upstairs windows of Main Street USA have the names of fictional tenants with comical names – like Dr Bitz, the dentist. However, most of the tenants contributed to the development of the Park. For example, Walt Disney and his brother Roy are named founders and partners, and one Imagineer, Martin Sklar, who produced a newspaper for guests, is credited as a newspaper editor.

9. A MAN IN HIS 80S CREATED THE STAINED GLASS WINDOW IN SLEEPING BEAUTY’S CASTLE

Paul Chapman, a stained glass expert from England, who had previously worked on the restoration of Notre Dame, was in his 80s when he supervised the creation of the stained glass windows for Princess Aurora’s Castle.

PLANNING A TRIP TO DISNEYLAND?

If you’re planning a trip, our Disneyland Experts can set you on the right path with excellent tips, so why not call us on 01 804 7160, or check out our best Disneyland Paris deals online.